Supersonic Crew → What sound does your brand identity have?

How we embarked on a mission to make audio branding understandable for outsiders, creating a process that goes from psychoacoustics to branding. 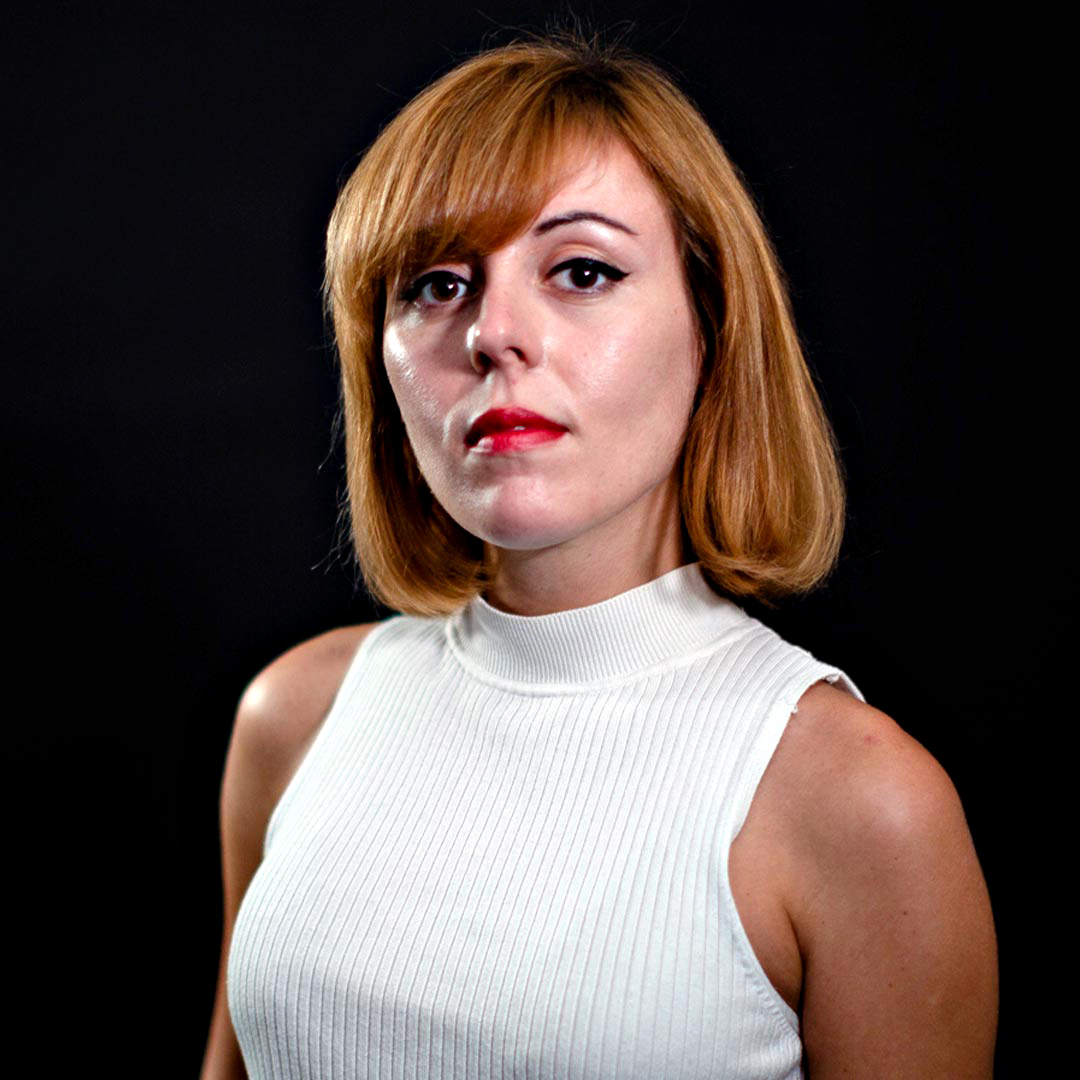 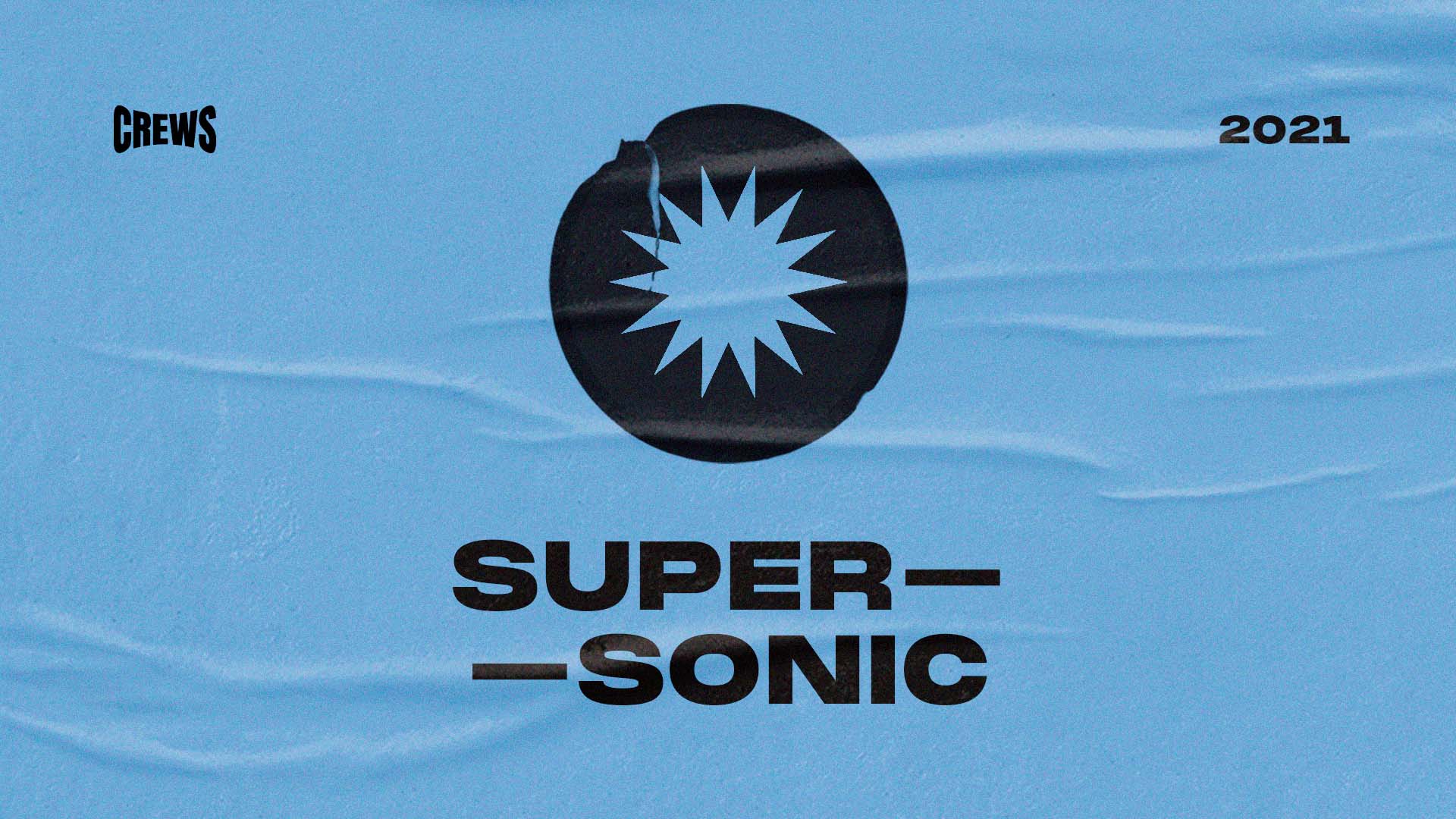 For a long time, we have been a society centered on but one sense, sight. If we think about brands and their communication strategies, the way we live and experience them, images are the main distinguishing element that comes to our mind.

And yet, for some time now, things have started to change: sound has made our ears perk up (pun intended) differently, barging through our screens thanks to new audio experiences (such as podcasts), voice technologies, and new, ever-frequent experiments that show how brand experiences may become more holistic and multi-sensory.

We are not simply talking about marketing expedients used to collect the most precious of currencies, user attention. With consumers being more aware, connected, and at the center of the scene than ever before, we like to think that the answer of companies can’t simply be a hop on the latest hype train, be it a branded skin in the hottest video game or a rainbow-themed logo when the time is right. No: it’s something that goes deeper, down to the very raison d’être, the mission, and the many ways it is reflected in the firm’s values both internally (in the workforce) and externally, with the ideas reflected and portrayed to society and the outside world.

Merging these premises with individual interests, thoughts, and experiences, a crew inside H-FARM Innovation has been brewing, made up of diversely-skilled people bent on imagining how sound can become one of the most distinctive elements of a brand. We also wanted to see how to work on this topic, creating a common language between experts in branding, co-design, and music. 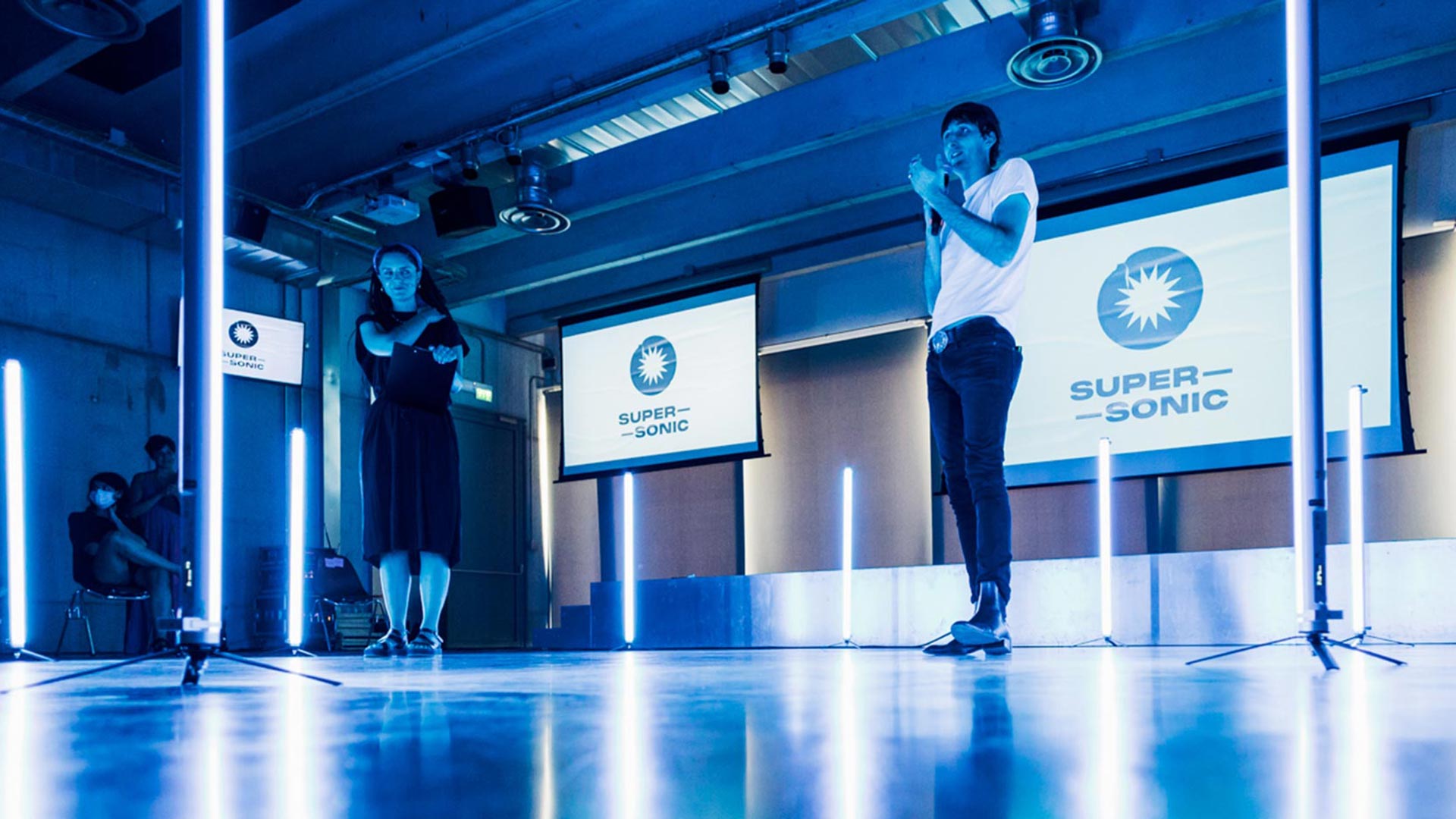 The pitch of Riccardo Trabattoni from the Supersonic Crew.

As is often the case here at H-FARM Innovation, when we venture into uncharted territories the first thing we do is to explore and analyze a topic with the goal of drawing a map that sets a perimeter and creates a legend of some sort. Audio branding was no different, and our first objective was to trace a timeline of the subject’s evolution and come to a shared definition.

Over the past decades, talking about brands and sound meant mostly jingles, a one-dimensional marketing tool directed at consumers/viewers; potentially viral, but often the victim of hype and fads. However, when the new millennium rolled around, a new decade of rapid change was brought about by faster and faster innovation cycles (due to the intrinsic brevity of digital media), with the introduction of smartphones, social media, voice assistants, and music streaming platforms into the lives of billions of people. This opened up entirely new pathways for brands: podcasts, voice technologies enhanced by artificial intelligence, and even the discipline of sound UI.

Our exploration has led us to round up research and case studies (here is a little teaser of our report) and define two things:

Vision, or how we went from being explorers to creating a point of view on audio branding

To build our point of view on audio branding, however, an analysis of the context and of the phenomena that are changing the relationship between sound, brand, and consumers could not be enough. For this reason, we continued our outward exploration by going to investigate in more detail opportunities and weaknesses in the process of developing a sound identity.

Therefore, we analyzed several papers, interviewed a sound designer (thanks Jacopo!), and researched different methodologies applied by the actors involved in the world of sound.

What did we realize? First of all, the definition of a sound identity is an activity that involves different stakeholders who are not always able to communicate effectively with each other. In fact, sound designers struggle to receive clear information from brands, which are often unable to talk about sound in the same detail and with the same terminology used by experts – which is entirely reasonable.

It was therefore necessary to find a common language, an element that could be manipulated by anyone, and so we discovered the Treatise on Musical Objects. Its author, Pierre Schaeffer, proposes a new listening experience called “reduced listening” in which an individual, by abstracting the sound from what caused it, can concentrate on its characteristics – the “sound object”. 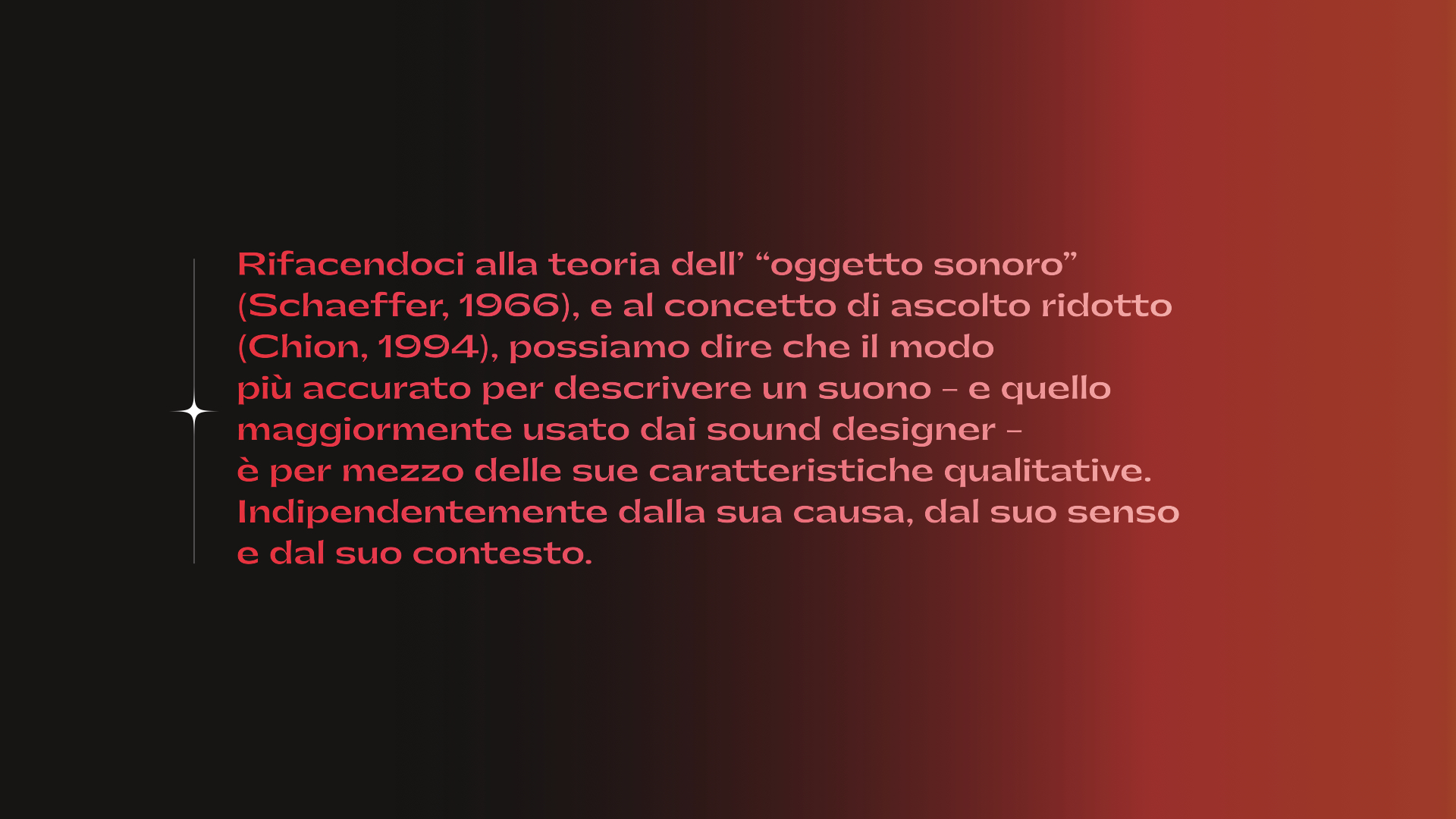 Schaeffer’s sound object, mixed and matched with evidence from other researchers (Venderveer, 1979; Guyot, 1997; Marcell et al., 2000; Gérard, 2004; Guastavino, 2007, Özcan et al., 2014), has guided us to the definition of some “sound semantics”, a helpful starting point toward the development of a specific methodology.

Over time, we at Innovation have developed and internalized several skills, tools, and methodologies to give brands — and all their manifestations — an identity.

In this overview, however, there was a piece missing: the sound and auditory one. Thanks to our work, we are finally being able to inspect the numerous expressions of a complex entity such as a product, a group of people, a startup, an event (be it physical, digital, or both), an immersive experience, a chatbot, a workplace — or, indeed, a brand. 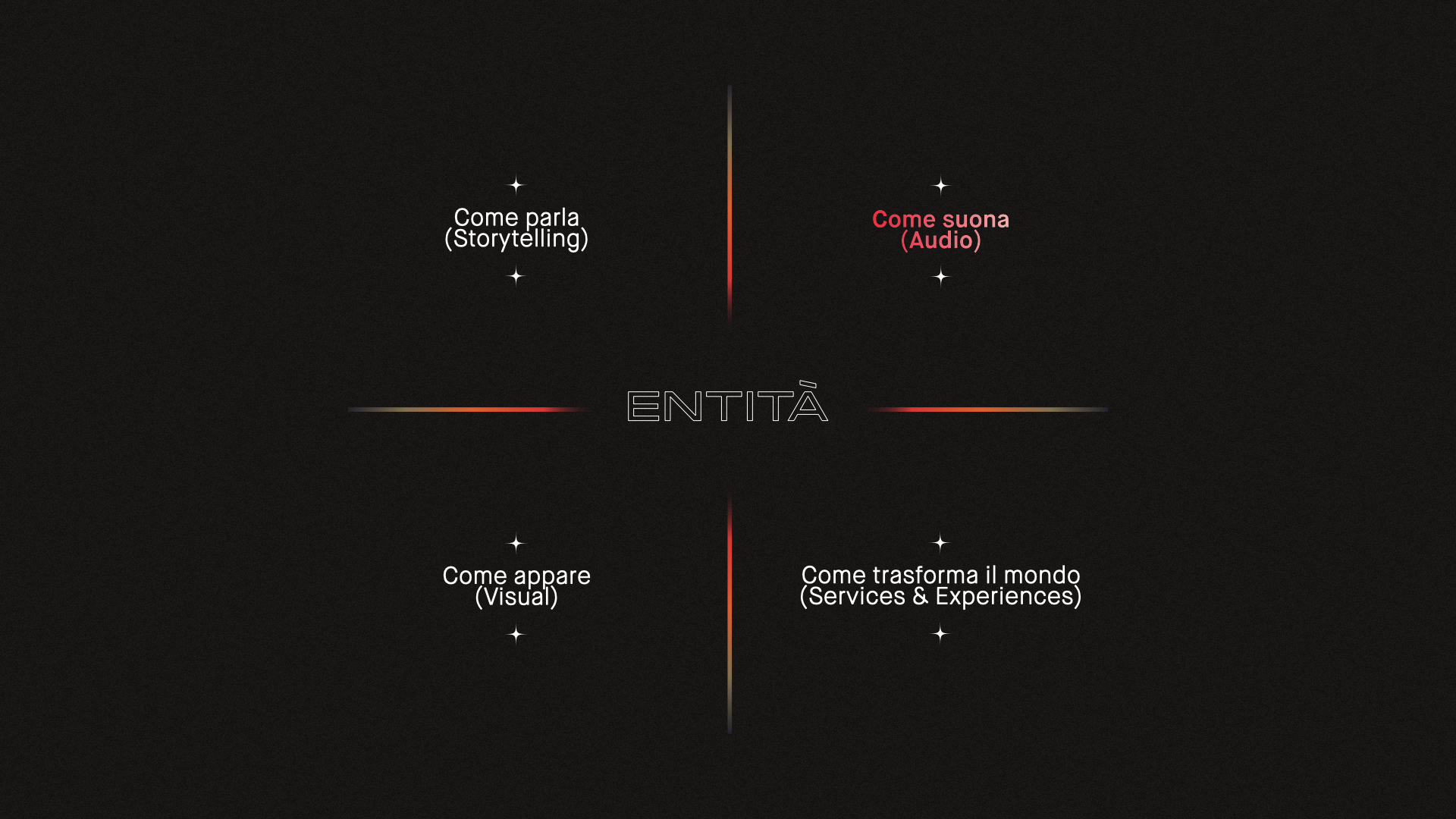 According to the client’s knowledge, awareness, and openness, we can use one or more dimensions as entry points, working fluidly across the different elements of the brand identity.

We have worked hard to find the missing piece of the methodology, which we eventually found in giving back brands a part of the evidence surfaced from the psychoacoustics research and introducing more traditional branding elements in the sound identity definition process (things like values and archetypes). In this way, the stakeholders of the given brand can more easily access the categories and assets at hand, thus making more conscious choices. 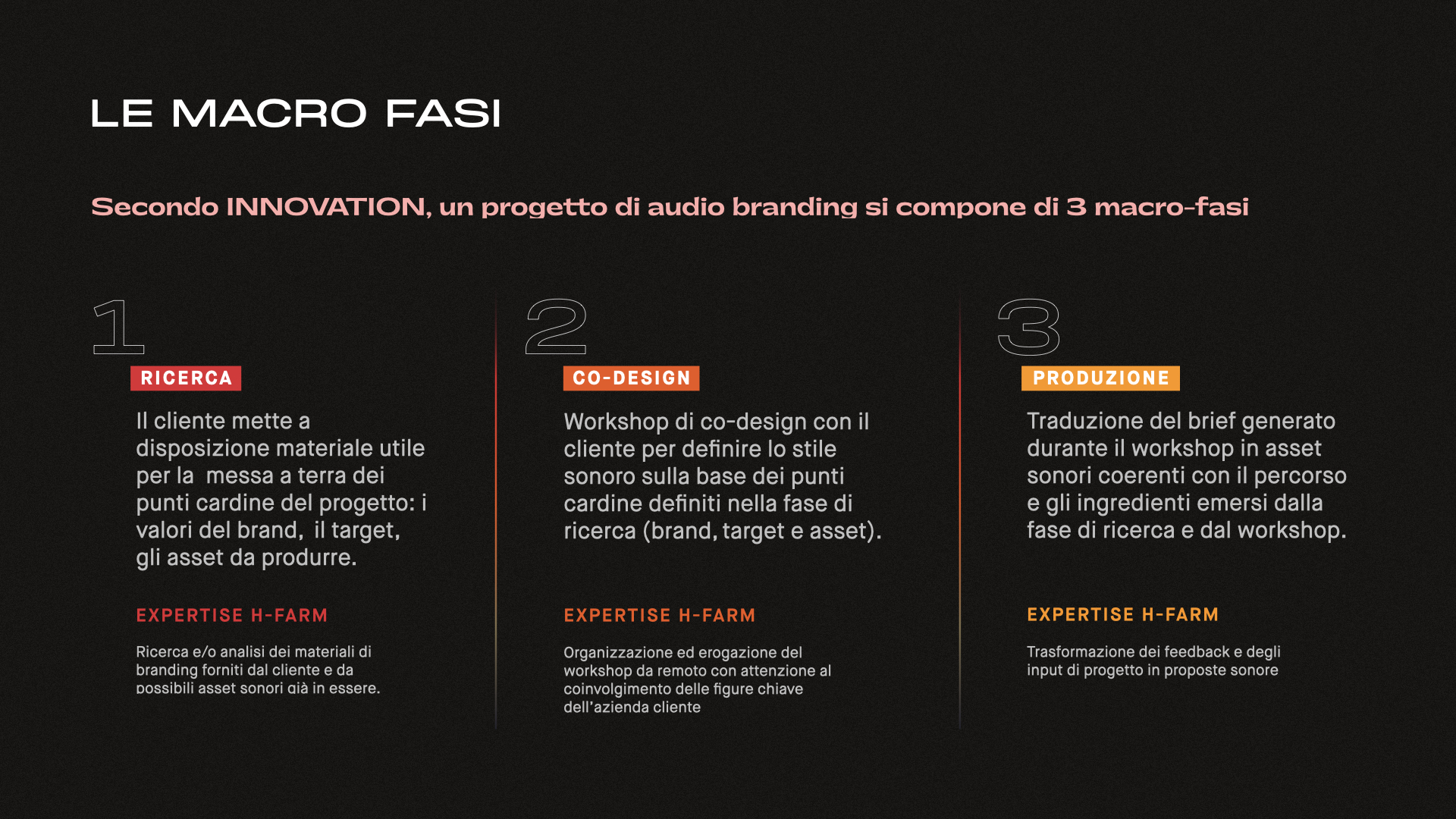 With Supersonic, we have thus built a bridge between two seemingly distant worlds, creating the role of facilitator between our sound branding-related needs and those of actual sound designers.

Of course, this is nothing but an overture. We have built a lot with Supersonic, and there is even more that we can do now. 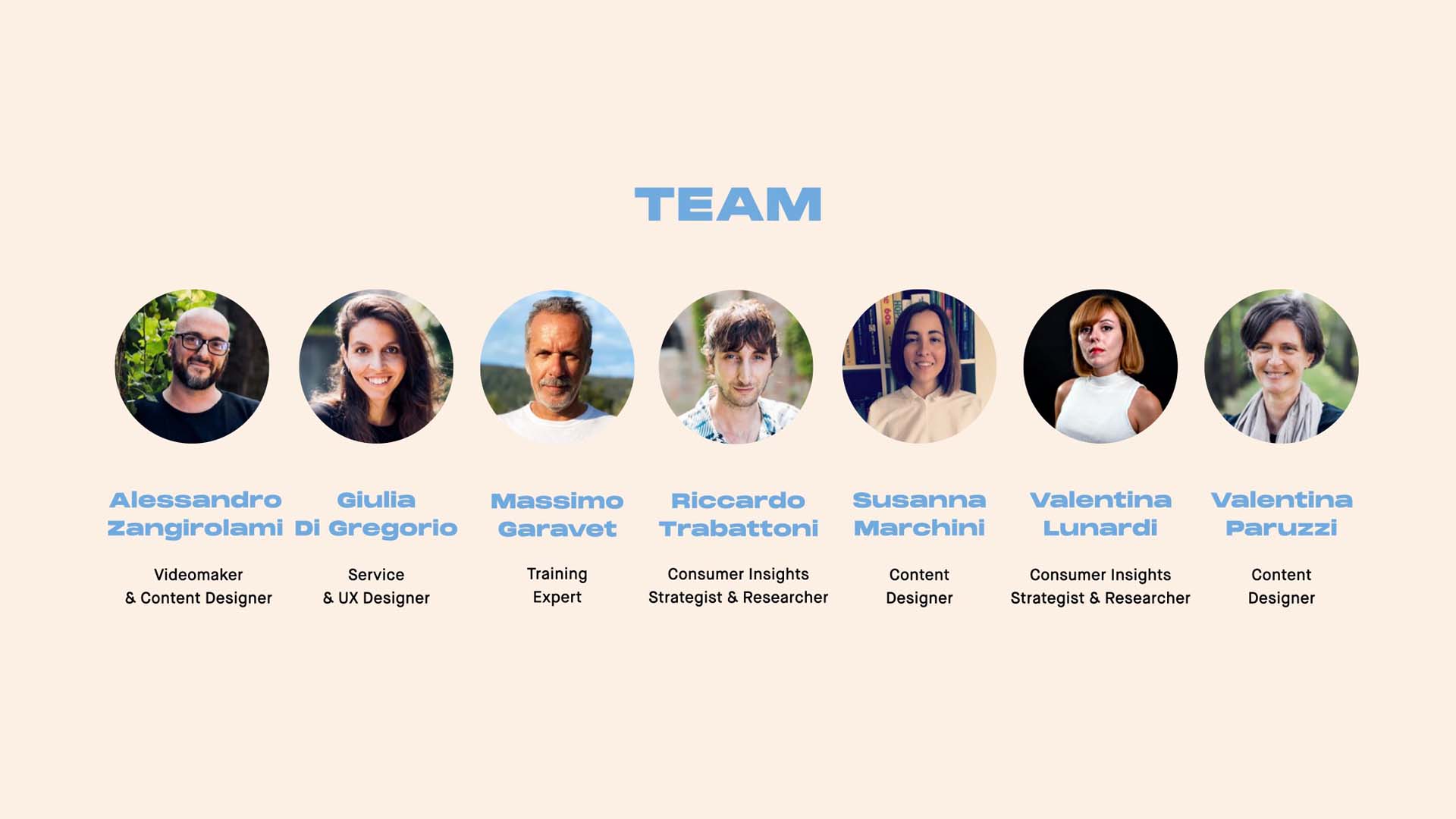 To know more about the Supersonic Crew: